How to Understand Someone Who Is Depressed

I guess I understand why people don't want to know the truth and don't share the truth. Sometimes the real truth is too true; it's too raw; it's too real.

There's that fear that people who don't know what it's like to be depressed will freak out by what you say.

If I were to be truthful right now, I would say the thought that is going through my head on a loop is—I want to kill myself.

But I know you know you can't say that. You can't share a sentence like that in front of people who don't know depression. 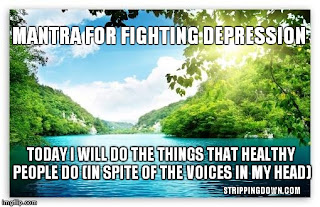 You don't want the police showing up at your door in five minutes.

Just because the thought is there, haunting you, it doesn't mean you're actually going to kill yourself; it just means you're preoccupied by the thought.

But some people may question, Well, how do I know if she is serious or not?

For many people who deal with depression, it's when he or she says I am going to kill myself that one should worry, not I want to kill myself.

It is not semantics; there is a big difference. One is a haunting viral thread running through your brain and the other is an act you're about to commit.

I am not about to kill myself, but the loop is playing and it's hard to escape and it makes me sad if I can’t express it and let it out.

Sometimes I just yearn to be understood and to be loved just the way I am.
Posted by Unknown at 8:52 AM No comments:

Well, that's not actually true. A Stripper Mom did not save the world.

That's just a headline that would be nice to see. Unfortunately, when you see the words "Stripper Mom" in the title of an article, the words following it are usually not good. 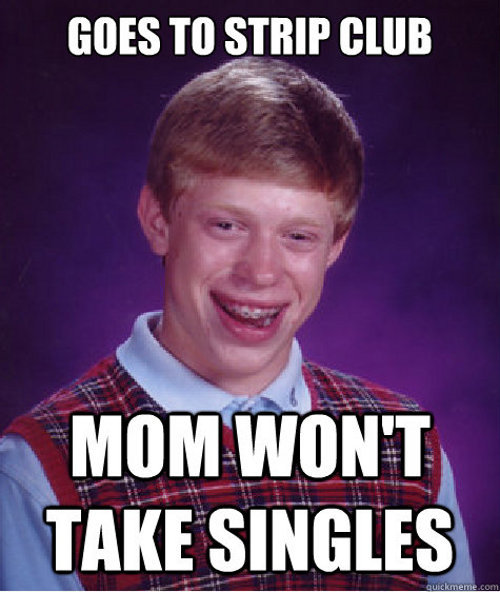 Just this week, 2-Year Old Dies in Apartment Fire After She Was Left Home Alone By Stripper Mom to Party With Friends.

That headline says it all.

A quick Google search shows these gems from years past...

Stripper mom of missing girl hangs up on cops, says she ‘had to get on stage’

Stripper mom who left her children, two and six, starving in a bedroom while she worked as an escort is jailed for 20 years

Stripper mom 'solicited son, 17, and his friend to strangle to death' fiance after he proposed to her at topless bar and drained his 401k to buy her lavish gifts

The only somewhat non-negative news items I can find are actress Minka Kelly talking about her Stripper Mom:

Minka Kelly: My Stripper Mom Was the Best

Minka Kelly on her 'gorgeous' stripper mom: 'She got along on that as long as she could'

So, moral of the story is that being a mom and a stripper at the same time is often kind of rough.

I would love to be proven wrong though.

Let me know if you find any positive Stripper Mom news items, please!