Can't a Strip Club Help a Kid Out?

It’s the story about the strip club with a heart of gold, or something like that.

So, a Los Angeles-area little league needed $1,200 to keep their team up and running and a friendly donor came forward with the donation.

Only problem? The aforementioned philanthropist was Jet Strip gentleman's club and now the team is rejecting the generous offer.

Philip Caulfield of the New York Daily News reports that when the league’s chief learned where the money came from, he balked at the offer, which kind of goes against earlier reports that he knew where the money came from. But then the media picked up on the story and, you know, made it into a story, and then how was a little kids’ baseball team really going to be able to take the money without loads of controversy.

Supposedly, Jet Strip has been generous in the past and not wanted any recognition, but only to help. Some of these charities have turned down the club’s help, too.

I do find one mother’s comment about why it doesn’t matter where the money comes from quite sweet.

"Whoever is willing to get behind the kids in a positive way, you know, we have to be willing to support those people as well," local mom Tanya Dempsey told KTLA.”

And while I think that’s great in theory, I’m not quite sure how a bunch of baseball moms and kids would really be able to help support the Jet Strip.

What do you think? Should the team just take the donation and hope the media dies down, or is too late for that?
Posted by Unknown at 9:11 PM No comments:

Another Bad Rap for Strippers by Billy Corgan

Billy Corgan of the Smashing Pumpkins thinks that a lot of artists today are willing to do anything to be noticed.

I would agree. In this culture where if you aren’t a part of the social-media-marketing-tweeting phenomenon, no one may even know you exist.

Trust me, I think most artists, be they musicians, or writers, or visual artists, wish it weren’t that way. But you have to let people know you have something to offer.

The problem, Corgan thinks, has to do with what the goal is. He thinks a lot of artists today have no larger goal with their work other than being famous.

"[Artists that break through now] have grown up thinking that being famous is the goal," he said. "Not to be respected - not to be dangerous." He compared breakthrough artists to prostitutes, saying, "[once you make that deal] you're just the fresh stripper."

"Don't call it rock and roll," Corgan said. "I was part of a generation that changed the world - and it was taken over by posers.

This really is an important topic. But I think Corgan misses the metaphor by describing these wannabes as “strippers.”

Yes, strippers expose themselves for money’s sake with perhaps no thought of a bigger goal in mind, but that is not always the case.

Poor strippers are being given another bad rap by being the much-maligned group that is only about money and selling one’s soul.

Why not compare these wannabes as Wall Street traders instead? Aren’t they all about selling their souls for money, too? What is their bigger mankind-saving mission?

Oh, wait—or that would just be a generalization and Corgan wouldn’t do that, would he? I mean, he’s all about changing the world and all; I’m sure he doesn’t stereotype people, right?
Posted by Unknown at 10:04 AM 1 comment:

Women's Image in the Media 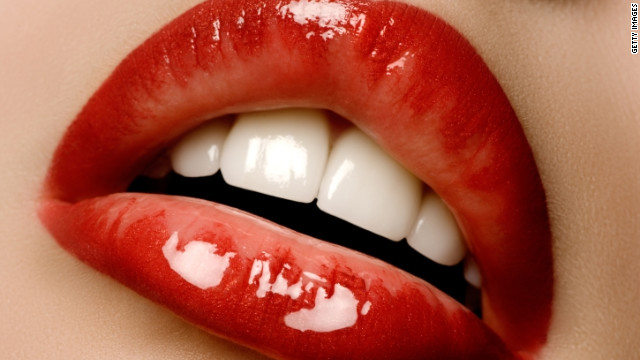 Most of the world by now understands that the way women are represented across media does not represent “real” women, but that has not stopped the trend to oversexualize women in the marketplace to sell products.

And although women make up more than 50% of America, they are only “17% of seats in the House of Representatives. They're 3% of Fortune 500 CEOs and 7% of directors in the top 250 grossing films” according to CNN.

CNN concludes: “We live in a sexualized society where the gap between fantasy and reality is vast and harmful.”

Isn’t this what women have been saying all along?

Perhaps some of the latest documentaries being played across the country will help bring the problem to the surface in a new way and for a new generation.

“Siebel-Newsom's documentary, Miss Representation, is the latest cinematic foray in the movement to challenge portrayals of beauty in "the media," a term used to describe all forms of mass communication, from the internet, TV, film, magazines, radio and advertising...While Miss Representation connects the media's impact to leadership, another documentary examines its influence on perceptions of health and body image. As with beauty, they're not always accurate, says Darryl Roberts, the director behind the America the Beautiful series.”

What do you think it will take to really change the way women are represented in our society?

Do you think the way women are represented in the media will change anytime soon?
Posted by Unknown at 11:34 AM 2 comments: