I'm getting a kick out of the slant the media plays with my story.

And hey, as an author, you know, you just live for that first "I'd hit it" comment.

Here's the latest headline from the UK's Daily Mail: Anorexia, sex addiction and failed marriages: Mother-of-three who led double life as a stripper lifts lid on her troubled past.

And just for the record, I quit stripping when my mother was diagnosed with breast cancer, not when she died. Tresslar allegedly “flaunted” her stripper money around the newsroom angering other journalists for risking the newspaper’s reputation if the truth came out.

Perhaps someone spilled her secret to end Tresslar’s display of wealth; unfortunately, the story breaking may have had an opposite effect than intended. Now Tresslar’s popularity has spread and you can be sure she’ll be penning the story she’s clearly wanted to write—but what is her story?

It seems the news has already written her story for her—Struggling journalist who was fired for stripping. But we should hesitate before we tie her life into a neat package for her.

I’ve lived my entire adult life having my story told for me, until I decided to write the real story. 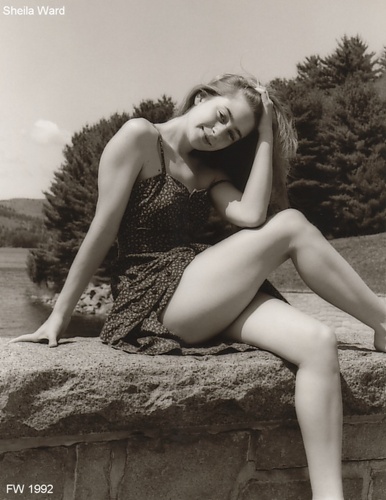 I was a stripper for half-a-dozen years—from some run-down go-go bars in Connecticut to New York City’s top gentlemen’s clubs like Scores. And yes, I’m a writer, too. And after I quit stripping, I went on to graduate as my college’s valedictorian.

Just because a woman chooses at some point in her life to strip does not mean that is all she is. And while I agree the world doesn’t need just another “stripper story” as I had countless agents tell me, there’s often much more to the story that a stripper has to tell.

Part of the misconception about strippers who write is that often we are presented in just that one way; we become compartmentalized and shown to be only able to write about the stripping world and nothing else. Perhaps this is part of the surprise about Tresslar also writing about high society—she’s a stripper! How could she write about other issues not related to g-strings and lap dances?

Imagine people’s surprise when they discover I was a stripper and I had a 4.0 GPA! That’s some major cognitive dissonance going on there.

And while my memoir Stripping Down deals with memories of what made me the woman I am and the woman I had been through reflections on my past as a stripper, there was a larger intent in the writing. I revisited my topless past to discover and make sense of my relationship to my body and to challenge the meanings and definitions I created for myself.

I stripped down to what really mattered—health, time, and family. I wrote as I took on the new roles of mother, caregiver and wife. While helping my baby daughter take her first steps, I nursed my mother through the final stages of breast cancer, which triggered an exploration of female identity and body image.

I propose that every thinking stripper out there get to writing and start representing the stories that lie beneath the surface of strip bars and stilettos. And not just strippers. Any woman who has ever felt her story was already written for her should explore the truth of what it is to be a woman and the different roles we play.

Let’s share our stories with the world. Show that we are not all alike and cannot be so easily categorized and blamed. 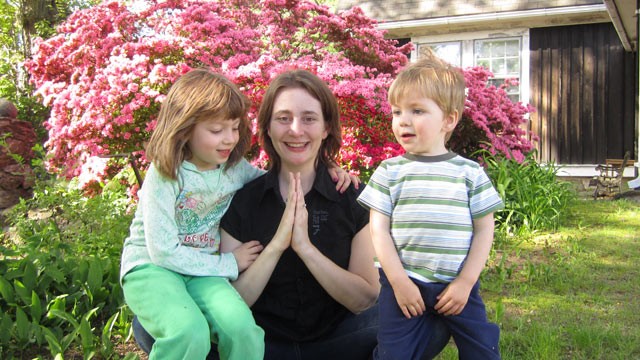 Check out the interview with me on ABC News!
Posted by Unknown at 11:11 AM 1 comment:

Email ThisBlogThis!Share to TwitterShare to FacebookShare to Pinterest
Labels: ABC News, Stripping Down

It’s so interesting to watch a news story in its infancy and watch its roots spread everywhere.


Sarah Tressler, the journalist/stripper story has been picked up by all the news sites and she’ll even be appearing on Good Moring America tomorrow.

What I’m finding the most interesting are the comments left by readers on sites.

And then there’s both sexes making comments like—Oh my God, a stripper who has taught at a college? My professors were all old fuddy-duddies! I would have shown up for HER class!

I don’t know what I was expecting. Strippers are easy targets. And hot news.

I can only hope when Tressler is interviewed they ask her more than just about Jeremy Piven’s bland oral sex job.

The big stripper news today is Sarah Tressler, the 29-year-old society news reporter during the day who strips by night.

The reason anyone is taking notice is because she writes for a conservative Houston paper and then, you know, does something not-so-conservative at night.

According to The Job Mouse: “Richard Connelly, writing on behalf of the Houston Press, exposed the double life of Miss Tressler, reported the Daily Mail.

Perhaps the biggest issue being raised with this story is that Tressler didn’t do a good enough job of leading a double-life. Or, if it was her intent to be found out to create some media attention, then she did a perfect job.

My biggest question for her though is--Aren't you exhausted?!
Posted by Unknown at 11:21 AM 2 comments:

So there’s this show called Dance Moms on Lifetime, which Gawker points out is the TV network that "celebrates, entertains, and supports women.”

Well, they just had their “Topless Showgirls” episode taken off the air.

Yup, for a dance routine, these 8- to 13-year-old girls pretended to be topless and do a burlesque performance.

Can anybody say ewww?

The show has already aired once, but after a less-than-stellar response, Lifetime has decided to make this episode unavailable—although you can see a clip at Gawker.

In "Topless Showgirls," Pittsburgh dance instructor Abby Lee Miller teaches her students a "classic" burlesque fan dance, which they are to perform in flesh-toned bras to create the "illusion of nudity." The dance must convey that the children are "hot," "mean," and that men "can't afford" them.

Though the girls wince at the prospect of appearing naked onstage and their mothers cringe at the skimpy costumes, the show goes on, and the girls perform at a children's dance competition. "I like to push the envelope," Miller says. "And this is taking it right to the limit."

I guess the idea of sexualizing little girls and the harm it can cause has not crossed the radar of these mothers or producers.

The worst part that can be seen in even this small video clip is that the girls themselves seem very uncomfortable with the whole idea. And even though their own mothers are cringing the whole time, they still send their daughters out on the stage.

At what price do we dress up our little girls and make them enter a grown-up world before they even have a need to wear a bra?
Posted by Unknown at 2:17 PM No comments: