I'm surviving motherhood times three so far, but for all those mothers who told me that adding one more kid when you already have two is no big deal, I'd like to speak to you in private.

Seriously, adding one more little human to the family mix is a big deal. 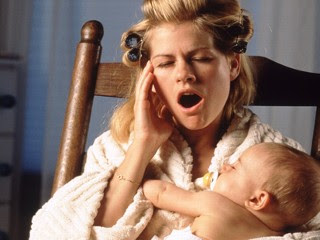 Thomas is two-weeks old and over ten pounds now.  He nurses around the clock.

Cole has been having the most problems.  He's taken to making a fist, pouting, and hitting whatever is nearby.  Thankfully, so far Thomas has only received one sharp rap to the head.
Posted by Unknown at 6:59 PM 2 comments: