It's all about stripping down and revealing truth.

Every day we see more people feeling courageous enough to step out of the shadows and explore their own truths for others to witness. 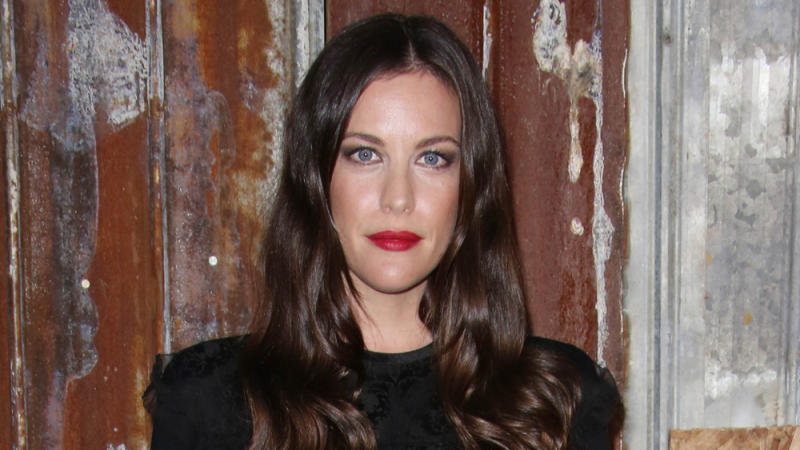 Actress Liv Tyler spoke out about how the great roles have dried up now that she is 38.

When you have well-known actors revealing the difficulty, imagine how hard it is for the unknowns in their thirties and forties.

Yes, we may stop living just as arm candy for men. Yes, we may be living our own stories with ourselves as the star. Yes, we may no longer be the ingenue.

But that doesn't have to be a bad thing.
Posted by Unknown at 7:28 AM No comments:

Big Gal Yoga shows that anyone, any size, can practice yoga and even be flexible.

Valerie discovered yoga the same way I did, in a college class.

And now, she shares photos of herself and her body positive message to encourage everyone to practice yoga, no matter what body type they may have.

She exudes a serene vibe and I feel like she really believes her message.

Another woman encouraging us with her body positive and breaking expectations style is Molly Soda, an artist sharing photos of what she looks like in what some might say are unflattering circumstances. Soda is shattering the selfie expectation, which is usually of women trying to look their very best, by showing the parts of her that many women try to hide, like body hair and an unmade-up face.

The more women who share their “truths,” the more we will all feel more comfortable to embrace and share our own realities without distortion.
Posted by Unknown at 7:00 AM No comments:

Plastic Surgery as the Golden Ticket

In certain circles, it's totally normal to get lip-fillers and Botox even before one has graduated out of one's teens.

I remember meeting a young woman in her early twenties who was flabbergasted that I had not had anything done, what with me being in my forties and all.

She explained that everyone, everyone, she knew had at least Botox done.

Granted, she was a stylist's daughter and lived in New York City and worked in the fashion industry, but still...everyone.

Jezebel points us to Kylie Jenner's website today, but saves us from having to pay to receive the information promised by this title: My feelings on plastic surgery: The Whole Truth.


The gist of it--yup, she'd done lip fillers before she was eighteen.

And now, the whole truth part about how she feels about the possibility of plastic surgery: "Never say never."

So basically, she hasn't gone under the knife yet, but she's self-aware enough to recognize the world she lives in and the person she is and that, hey, you know, "Never say never."

Oh, and her website, is going to teach us how to look good without plastic surgery, but, you know...never say never.

My brain hurts a little bit.

Posted by Unknown at 8:18 AM No comments: