"Strippers" From Long Ago

I love the photos on this blog: Exotic dancers of late XIX-th century.


“While in France they kept the can-can burlesque, in America developed all the subspecies of exotic dance performed by women: belly dance, dance on the table (the prototype strip) and other original productions. Each dancer had a pseudonym, and quite often a unique costume. Most of the photographs made in the last decade, the XIX-th century.”


The braveness and candidness of these photos are amazing for the time.

And look at those bodies—womanly and proud. Of course, a few of them look like they were suffering from the body image madness of their times with teeny-tiny waists.

I wonder what the next crazy body image demand will be…
Posted by Unknown at 9:49 AM No comments:

Letters From Men Who Go To Strip Clubs 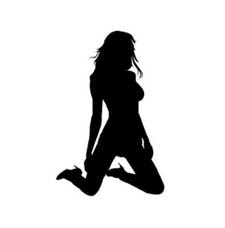 This is an interesting project by journalist and blogger Susannah Breslin that’s making headlines in Salon and Time.

Breslin has added a new blog to her repertoire of “letters” from men. In “LETTERS FROM MEN WHO GO TO STRIP CLUBS,” she asks strip club customers: Why do you go to strip clubs? And then she posts their anonymous musings.

I was going to say, I have to admit, I’m surprised by the men’s well-thought answers. But then I realized, of course, there is only a certain type of strip club customer who would take the time to write an anonymous musing on why they go strip clubs.

We’re only going to see one very select view of the customers. The men who feel strip clubs calm some savage beast within them, or serve to satisfy some deep, psychological need.

The average guys who spend too many hours to count in their local clubs are too busy passing out dollar bills to pick up a pen.
Posted by Unknown at 1:28 PM 1 comment:

Your Stripper is Overdue

The Ottawa Sun reports that The Ottawa Public Library is piloting a program called the Human Library on Jan. 28.


“The library is partnering with the CBC and the Canadian War Museum to loan out people as ‘human books’.

So you can check out all kinds of people for some conversation including: paramedic, firefighter, judge, hooker, and, of course, stripper.

I think it’s awesome that the program is offering such an eclectic offering of human books. It would be a shame if the only reads available were your typical job-fair or bring-your-parent-to-school type jobs.

Perhaps this is a way to legitimatize the work that all people do.
Posted by Unknown at 1:46 PM 2 comments: