Mom Who Wants to be a Stripper 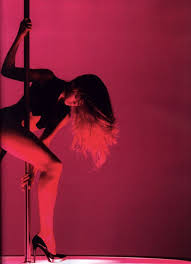 This is another story making the rounds about a stripper mom. Well, in this case, she wasn't a stripper yet, but had aspirations.

Her eleven-year-old son called the police because she was packing and had told him she was leaving him and his six-year-old brother to become a stripper in California.

The police arrived and she told the police to get take the boys, to do whatever they needed to do with them. When her 11-year-old went to hug her goodbye, she punched him in the stomach.

Of course, the biggest reactions to the story have been of outrage and disgust. Yes, it is horrible how the children were emotionally and physically abused. Yes, it is enraging and frustrating.

But I wonder if we can also look at how sad this story is, too. To hear of a mother so beaten down by life that her greatest dream is to become a stripper and leave her children behind.

What mother has not had the dream of running away to somewhere beautiful like California to start a new life with none of the responsibilities of raising children. If we are honest with ourselves, can we not find some compassion?

This wanna-be Stripper Mom is only 29-years-old with two children. She became a mom at eighteen-years-old--a child herself.

Who knows where I would be today if I had done things the other way around. If I had had a child at eighteen and not pursued a fantasy life, but been faced with the magnitude of raising kids.

And what is this dream that women see in becoming a stripper? Perhaps she wanted to be seen as beautiful and desirable as a woman again. Perhaps she could not find a way to be both mother and woman. For her, the burden became too much.
Posted by Unknown at 7:52 PM 1 comment:

I'm not sure what to say about this video.

It would be very easy to judge in so many ways, but it just makes me feel sad.

Then again, it's not like the mother takes any of her clothes off in front of the children. She could just be playing and having fun. Yes, it would still be strange that the little boys know about stuffing money into dancing women's clothing.

I guess when I think of currently working stripper moms, I tend to hope they don't actually perform in front of their children, but again...I have seen moms bring their kids to strip clubs when they couldn't find a babysitter.
Posted by Unknown at 8:13 PM 1 comment: