Hopefully, Harvey Weinstein will just be the first name in a long list now.

Women are feeling the courage to stand up and state—#metoo.

My sexual assault by James Toback, the legendary “pickup artist,” reads much like the other accounts I am hearing. I was a struggling New York City actress who fell for his line of making me a star in his next film.

Yes, even though red flags kept waving in my mind, I kept squelching them because of who he was.
So, as the flashing signs became brighter, my mind continually told me that what I thought was happening, must be wrong. This was someone I could trust.

It was not until he stripped all his clothes off and slammed me up against a wall that I knew I was in trouble.

After I escaped his apartment, I was beyond embarrassed and hurt. I felt betrayed and ridiculous.
I was unable to speak about the experience because I knew what people would say: you asked for it; you walked right into it; no one made you go to his apartment.

But does any of that make me guilty for his actions? 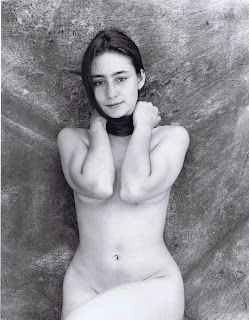 I was hurrying to catch a train at Grand Central Station in the summer of 1992 when a big bearded man asked me, “Are you an actress?” I had been pounding the pavement all afternoon with no luck. Here was James Toback, a well-known director with a new movie out that thought I looked perfect to star in his next film. I couldn’t believe my luck or how funny it was that I was getting my big break at a train station.

We went to an indoor café in Manhattan and he thrilled me with the details of my soon to be starring role. My entire life finally made sense, all my perseverance was about to pay off. He excused himself to make a phone call and as soon as he stepped away from the table there was a woman at my side grabbing my arm.

“You have to get away from that man. He is who he says he is, but he’s dangerous. You’ve got to listen to me. He’s promising you all kinds of things, right?” I stared at this woman who had appeared from the crowd.

“It doesn’t matter who I am. You just need to trust me and leave right now. If you don’t, I can tell you exactly what’s going to happen; he’s going to get you back to his apartment and try to rape you.” Her hand tugged at my shirt, like she was trying to pull me from my chair. “You must believe me. I have to go now, he’s coming back.”

I turned to watch where she was going, but she was already gone. Lost in the crowd of bustling New Yorkers. I felt numb when the director sat back down. I listened to him with a cautious ear instead of an all-adoring naiveté. Out of the corner of my eye, I saw the woman going up the escalator looking back at me.

My desire to be a movie star fought harder than my urge to run after her though. I knew I could take care of myself. Toback asked me to meet him at his apartment later that week to discuss the film further with him. My immediate intuition was one of dread. He explained that he had a screening room and I could watch his past films to get an idea of his style. I felt a war going on inside of me…wanting the role so bad, but wanting to heed that woman with her message. I heard myself agree to be there.

A maid let me into the apartment and I felt great relief that I wouldn’t be alone there. Then I saw him. He was leaning against a hallway door dressed in baggy pants and a sweaty polo shirt. He hugged me against his big flabby stomach and shooed his maid away with a clicking sound he made with his tongue. I followed him into his bedroom, which turned out to be the screening room. I felt hesitant, but still I went because he was famous. He must be harmless.

We relaxed on the bed while he began discussing his new film vision with me. I was drifting away on my own famous and glamorous cloud when he began discussing how important it was for him to be close to his leading lady. He had always had affairs with his actresses because of the intimacy that was required to make good films. I knew that he was implying that I would need to be that close to him too. He leaned over to me and brushed the hair from out of my face. I was ready to run.

“It would help me work on the script if I could see you naked. I need to know the best angles to shoot you from.” I couldn’t believe he was using such a corny line to get me naked, or that I was still feeling like I should go along with it if I wanted to be a star. I didn’t want to believe the “casting couch” still existed in the nineties.

I was at the time also working as a stripper and a nude model, so I was used to being nude and didn’t have an automatic shut off alarm when I needed to undress for certain roles.

I stood up on the far side of the bed and stepped out of my dress. I remember sitting on the very edge of the bed awkwardly.

He had started to rub himself through his pants. His hot breath panted against my neck.

“I need to have you,” he said as he ran his hand along my thigh. “I have to sleep with all my leading ladies. It’s the only way I can be close enough to really understand them.”

He was dripping with sweat and moved his other hand toward my opposite thigh.

“The role I have in mind for you is of a young woman discovering herself sexually. She’s young—eighteen. She’s an innocent—a virgin. You’ll need to let all your hair grow—pubic, armpit, legs.”

At this point, I was shaking and practically falling off the edge of the bed. He lunged to jump on me and I stood up quickly.

“Let me just go to the ladies’ room first.” I dashed to the bathroom grabbing my dress on the way.

When I looked in the big bathroom mirror I saw little beads of sweat drip down my face even though the air-conditioned room caused goosebumps to travel down my spine. I had to decide what to do when I went back out there.

I opened the door to find he had turned off all the lights and drawn the shades. “Hello?” I slipped out into the shadowy room. From the right side I heard a whoosh and I felt a push up against the wall. Toback, nude, pinned me against the wall. He panted, moaned and pushed his erection against me. As if in a dream, I felt calm and sure. I let my legs loosen so I could slide down out of his grip. I simply ducked through his arm and slid down the wall.

He didn’t try to stop me physically at that point. My legs carried me even though they had turned into jelly.

I blindly felt for the bedroom door and heaved open the door. I ran out to the now empty apartment, grabbed my purse as he called my name after me. I fumbled with the apartment door and ran down the hallway, stabbing at the elevator door.

I kept looking back, expecting him to run after me. I remember questioning my choice. Why hadn’t I let him have what he wanted? What if that could have been my big break?

The elevator arrived, and I stepped inside. Both afraid, disappointed and confused. Had I just made the biggest mistake of my acting career by throwing away an opportunity to be a star? And what did that say about my own beliefs, desires and vulnerabilities?

And here I am, twenty-five years later, finally able to call him out.

How to Make Commitments: One Day at a Time

I have not been posting on my blog for a long time. Working full-time while also parenting and freelance writing takes up most of my days. I also try to work on some larger writing projects too, although with no big chunks of time, this has proven difficult.

To get anything done, I have found that making small daily commitments works best for me.

On my Instagram account, @sheilamhageman, for example, I have committed to #OneYogaPoseADay, posing and posting one yoga pose a day. This is the biggest commitment that I can comfortably make to yoga right now, but at least it keeps me active in yoga and creativity in a tiny way.

One yoga pose a day. Justin Trudeau and me doing mayurasana. Ok, well...one of us may be doing a #fakeasana in honor of #fakenews. But we both are rocking it! #oneyogaposeaday #yogafun #yogaaddict #justintrudeau #canada #cdnpoli #mayurasana #peacock #canadalovesyoga #yogaeverydamnday #yogainheels #om #yogalove #yogaforeveryone #funnymemes @gregkolz
A post shared by Sheila Hageman (@sheilamhageman) on Mar 14, 2017 at 11:11am PDT


I also have committed to sending out one pitch a day during the work week to make sure I am constantly pitching freelance essays. This has been doable and is keeping me writing everyday.

I won't be hard on myself though, I will try again, starting today. (Always start today, not tomorrow, with a new commitment!)

So, back to the drawing board...or writing board, or laptop, that is!

Why don't you give it a try?

Make one tiny commitment that will move a project forward. Make it very small to begin...
Posted by Unknown at 3:48 PM No comments: